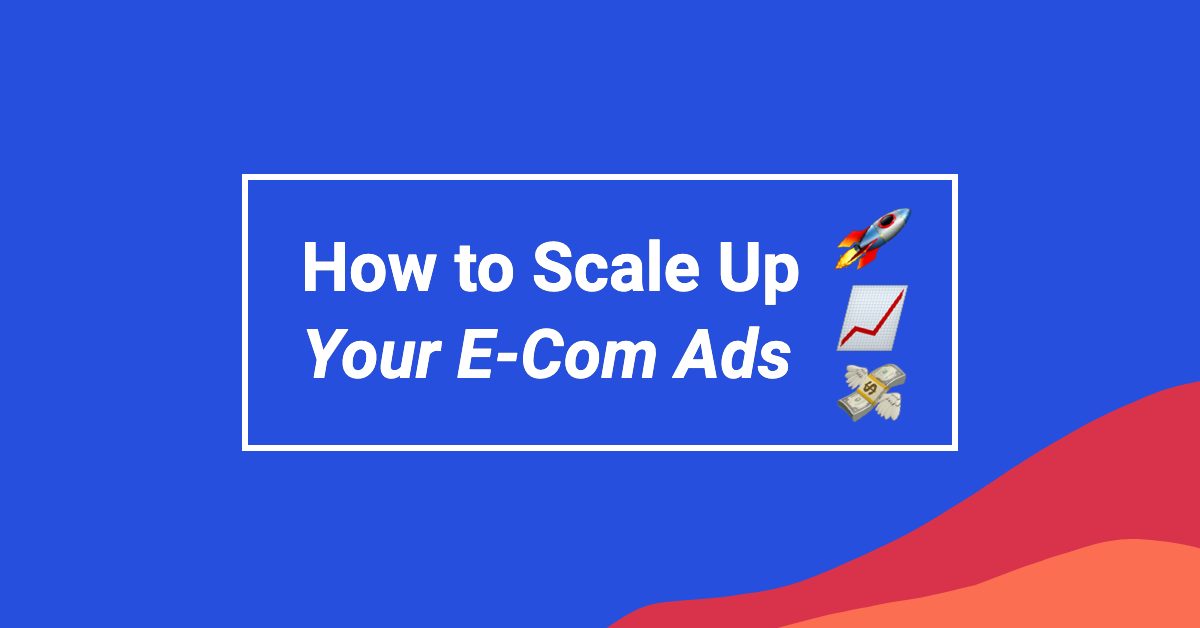 How to profitably 10X your Facebook ad spend in your e-commerce business, and get 10X the sales….

Have you ever had an ad or ads working and then raise the budget and it goes to crap? Like not just the CPA rises a bit, but more like no one even buys anything and the whole campaign has just gone to junk and you have to start over from the beginning.

This kept happening to us and it was driving us mad. So we decided to adopt a different strategy. Instead of using vertical scaling – I.E. vertically raising up the budget on a working ad set. We started to scale horizontally, by duplicating the ad set and using the same budget, just to a different segment of the audience (in this case it was a different % of our buyer lookalike).

What we noticed was most of the time the new audiences gave similar results in terms of sales and CPA. We duplicated them 3-4 times and scaled our spend up 3X. Then we created a new campaign with a slightly higher budget on each ad set and all of a sudden we were spending 10X what we were before.

Here’s exactly how we did it:

We created our buyer lookalike using the CLTV lookalike feature and split it into % increments, 1%, 2%, 3% etc. Initially the ad sets had €25 per ad set, so €75 per day total spend. We used 4 ads per ad set with 2 videos and 2 pictures. We looked at the data after 3 days and saw some outliers in terms of creatives. What we discovered was:

We sent those out again to the 1,2,3% lookalikes and saw great results based on the collages and unboxing videos as we had thought. The next step was we then duplicated the ad sets and sent the winning ads out to the other lookalike percentages.

Having seen good results with the first audiences and ad sets we decided to extend it out to the rest of the % lookalikes. So we made 3 new ad sets with the 4%, 5% and 6% and 3 more with the 7%, 8% and 9% and 10%. Since this was a new campaign we raised the ad set budget by a bit but not a whole lot, up to €85 per ad set. You don’t want to jump the budget too high because FB doesn’t have any data on your ads at that kind of spend level.

We found the CPA held steady using most of these new audiences, but one or two were a big too high. We got rid of those and then created a final campaign with the working audiences and the working ads and turned them on.

So now with 8 ad sets at €85 per day, using knowledge of: the best ad creatives, the best audiences and the best budget having also started with a low budget per ad set. We turned on this campaign with a maximum daily budget of €85 * 8 = €680. Along with retargeting we had a daily budget of €750 per day and we were comfortably profitable.

So I definitely recommend this if you can’t jump in with thousands to put on the table for testing, it can be a bit of a slower process but can pay off big time in the long run.

You don’t have to have lookalikes if you don’t have enough data, you can target different interests, or combine LLA’s with interests or other targeting such as demographics.

This is what worked for us, there are many ways to scale and we found this optimal for starting with a low budget and increasing when we had winners. This is not the only strategy or necessarily the best.

If you have any questions let me know I’d be happy to help.